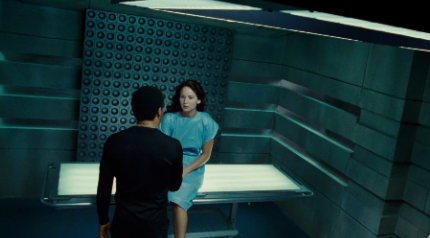 In less than a month, we’ll finally be able to go see one of the most talked about films of the year: The Hunger Games. Now, many of you have read the books, so you’re expectations/hopes/dreams for the film are incredibly high. And they should be! With the constant release of new photos and trailers, it’s nearly impossible to escape all the hype surrounding the film.

All in all, it looks like fans will be in for a treat, and that the movie will stay true to the story’s overall plot and premise. That part I’m not worried about. However, I am a tad fearful of what might happen with the characters. The Hunger Games, despite it’s enthralling plot and intense action, is, at it’s core, a character-driven novel, focusing on the growth and revelations of our central female protagonist, Katniss Everdeen. With a novel told from such an intimate first-person perspective, it’s tricky to capture that character on the screen while, at the same time, attempting to build/flesh out an entire fantasy world.

In a newly released trailer, we see what’s supposed to be an intimate moment between Cinna and Katniss; however, the immense amount of “infodumping” (things a reader would get in a few sentences through internal dialogue) used to further build the nature of the Games, is incredibly distracting and, for me at least, seems to get in the way of the crucial Cinna-Katniss relationship.

Take a look at the clip and let us know what you think! What do you think of Lenny Kravitz as Cinna? Do you think he’ll bring the necessary dynamism and eccentricism to one of Suzanne Collins’s most colorful characters?

The Hunger Games will be released on March 23rd. Get excited.