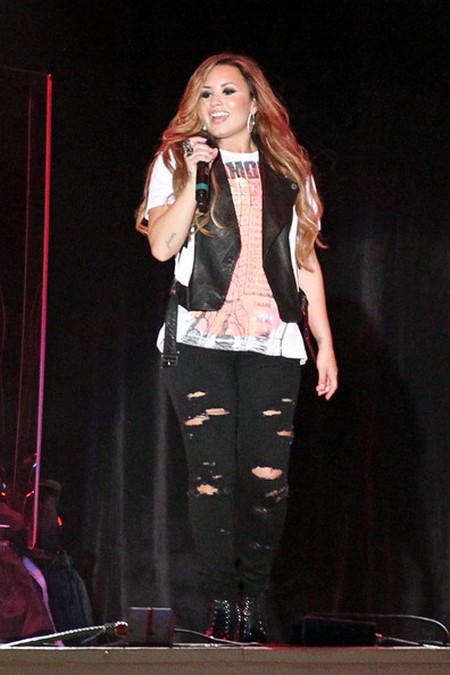 Demi Lovato who was admitted to a treatment facility for three months in November 2010 to receive help for an eating disorder and self-harming – admitted she can never fully recover from her issues but is doing everything she can to keep them under control.

Demi – who was also diagnosed with bipolar disorder while in treatment – added that her troubles stemmed from insecurity and feeling she was “living a lie”.

She added: “[I was] looking in the mirror and never feeling good enough. I felt like I was living a lie…I was dealing with all this pain, emotionally. And I felt guilt and shame. I decided to take it out on myself. I harmed myself.”

Although Demi shot to fame on Disney show ‘Sonny with a Chance’, she has no immediate plans to return to TV and will instead focus on her music and her fans, who she dubbed the Lovatics.

She said: “If you took away music, I wouldn’t have a reason to live.  Every time someone asks me for a picture or an autograph, even if I’m having a bad day and I’m in a bad mood, I remember, ‘You’re nothing without this person’. They make it special.”