Demi Lovato: ‘I Can’t Say I Haven’t Purged Since Rehab’ 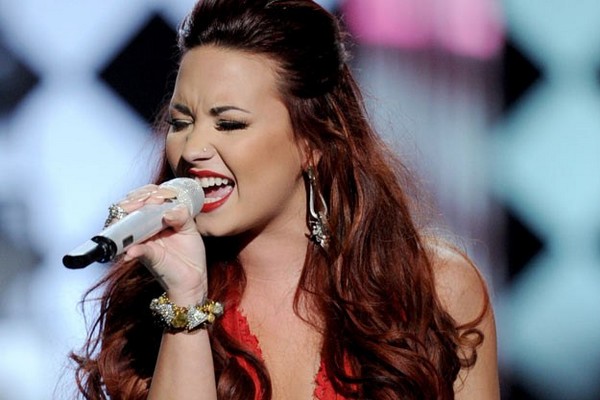 Demi Lovato has very tough skin. The singer opened up on the MTV documentary, Stay Strong on Tuesday where she exclusively talked about her illness, emotional distress and depression she was facing throughout her teenage years – not to forget that she also battled bulimia. Although she completed her course in rehab and has tried to remain healthy, she admits on the show that she still throws up and purges every now and then.

The troubled actress/singer who is currently in New York City promoting her single, Give Your Heart A Break, said that she can not be completely honest by saying that she hasn’t done anything to harm herself since leaving rehab… because she has, but she explains that it’s an addiction that doesn’t just go away after a few weeks. It takes time to progress and she’s definitely doing that. She says:

Demi who recently told the media outlet that she wants to continue her music career rather than acting, continued: “If you took away music, I wouldn’t have a reason to live. Every time someone asks me for a picture or an autograph, even if I’m having a bad day and I’m in a bad mood, I remember, ‘You’re nothing without this person’. They make it special.”