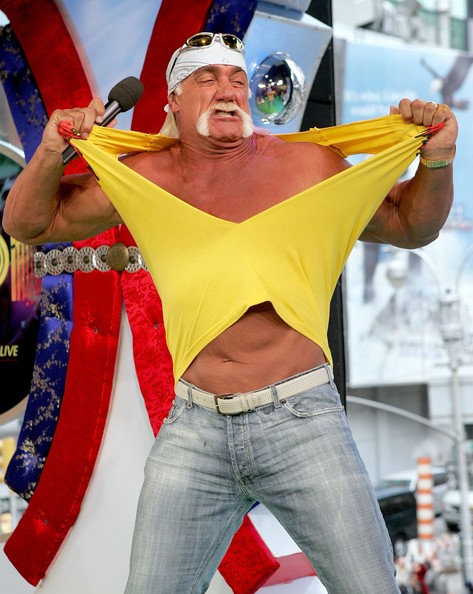 Hulk Hogan claims he doesn’t know who the woman is in his sex tape. The 58-year-old wrestling legend admits he went “crazy” and was “running wild” with more than one love interest for four months around the time the tape was created, which he thinks must have been about five years ago after he split from wife Linda Hogan in 2007.

The footage is alleged to show the ‘IMPACT Wrestling’ star involved in sexual relations with a mystery brunette woman.

Hulk – who uses the wrestling catchphrase “whatcha gonna do when Hulkamania runs wild over you” – told TMZ:

“It wasn’t just one brunette I was running wild for a few months. I don’t even remember people’s names much less girls. Why would someone hold onto this for at least five years?”

His lawyer David Houston explained: “Terry Bollea is appalled at the unauthorised release of a secretly filmed video. (Hulk) neither approved of the filming nor the release of the same. It is clearly an outrageous invasion of privacy and breach of trust if it is genuine. We will take all necessary steps to enforce both civil and criminal liability.”

Steve Hirsch – the founder of adult entertainment company Vivid Entertainment – claims he has been offered the video from an unidentified person for a fee.

Sounds like the Hulk is a bit of clod? What do you think? Let us know in the comments below.

Hulk Hogan Does Not Want ‘You’ To See His JUNK