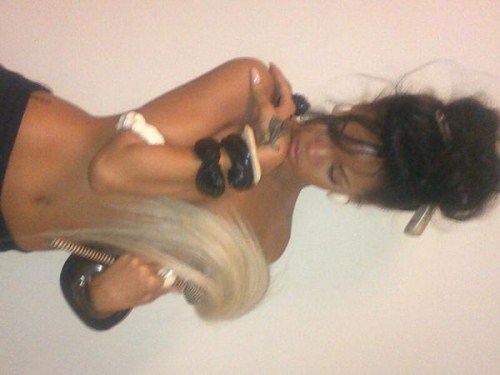 Rihanna has posted a topless photo of herself on Twitter after her dad said she was getting fat.  Rihanna Tweeted: ‘Where have you been all my life?!’ as the caption for the pic.

The celeb’s dad expressed this week that he thought his daughter was looking overweight lately but no longer.

‘I actually thought she was a little fat the last time I saw her,’ said Ronald, 58.  ‘But when I saw her at this year’s Grammys, I thought she was back to her normal size.  ‘I used to joke with her, “Robyn, you’re getting too fat”.’

Rihanna is not shy…