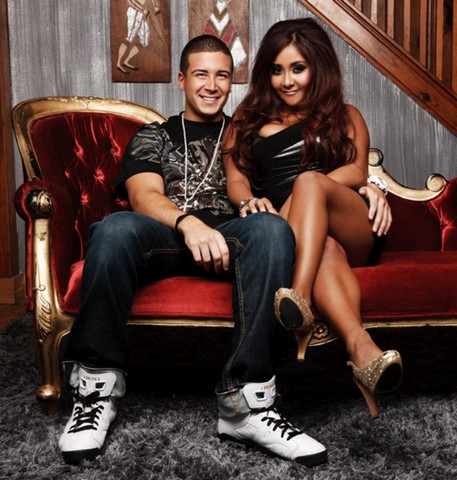 Reality TV star, Vinny Guadagnino has revealed that he was very shocked when he found out that Snooki was expecting her first child at the age of twenty-four, last week. Vinny who had slept with Snooki, real name Nicole Polizzi, several times while they were at the Shore house has said that he’s happy for her and that although people may say she’s irresponsible when it comes to drinking, she will adjust the life of motherhood – eventually.

“Everyone can talk about how irresponsible she is and how she drinks, but you don’t know how she’ll be when the baby comes out. We all get into our hardships with each other and petty arguments but this is real life.

She is pregnant and we are there for each other…I think it is a cool thing. It was definitely a shock, but you have to adapt to whatever life throws at you.”

Vinny who also took to Twitter to announce that next week’s episode of Jersey Shore will be the last of the series, didn’t talk about if he had doubt that he might be the father of the baby after ex-boyfriend, Emilio Masella who dated Snooki for several months and openly admitted to hooking up with the star said that Vinny or him could most likely be the father of the child.

Speaking about Jionni LaValle who is supposedly the father of Snooki’s baby, Vinny says:

“I don’t know the kid, but it is going to be a life-changer for him. But they have good families so they have people to help them.”