Deena Nicole Talks Snooki’s Pregnancy, Admits To Not Being Sure If She Would Return To The Shore House 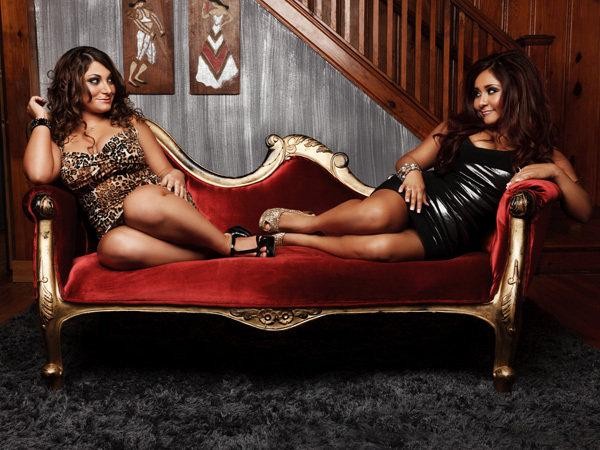 So by now we are all aware that Snooki is DEFINITELY pregnant. Now, her cast-mates from Jersey Shore are speaking about how they found out when they heard the news Nicole Polizzi was expecting her first child. We can understand Vinny’s shock but Deena too?

She must have seen it coming. Whatever the case, Deena Nicole spoke to Ryan Seacrest on her BFF’s pregnancy, adding that she wasn’t sure if Nicole would be able to come back on the show with a pregnant belly.

“She always puts people before her. She’s going to love that little meatball… I think this has been her dream. Getting married. Having kids. So, she’s really happy and I’m happy for her. I’m going to miss my little partner in crime, but I’m happy for her.”

Deena first became a roommate and cast member to show after Snooki made some arrangements and spoke with producers of the show to get her friend on following the news that Angelina had left for a second time and wasn’t going to be coming back for good. The two have been inseparable ever since and go by the name of ‘meatballs’ (due to their small figures and wild behavior).

Deena went on to explain that she wasn’t sure if Nicole would be able to return to the Shore house in the summer when the cast start filming its sixth season since she’ll be close to giving birth by then.

“Nicole can maybe stop by and we can maybe throw a baby shower,” she suggested. “She’s doing the spin-off… I don’t really know what’s going on, but I can’t really see her being on the show pregnant. But who knows?”

Polizzi is currently filming her spinoff show with Jenni ‘JWoww’ Farley. The show will follow Nicole’s journey throughout her pregnancy; the struggles, the good, the bad, the ugly. We’re not sure if fans will be interested to be watching this but we’ll still going to tune in. Are you?