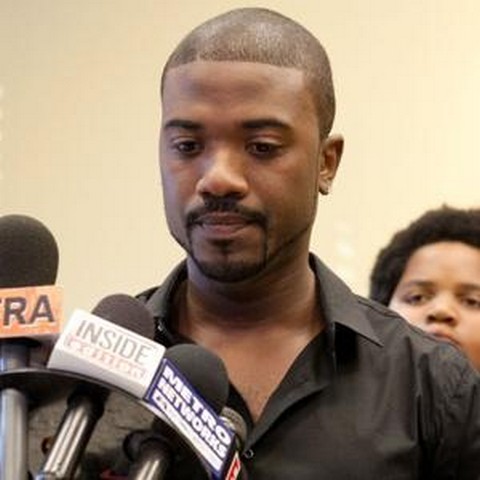 In every way, it’s understandable. Ray J, 31, had made an appearance in aid of community support organization at the Brotherhood Crusade and Mothers In Action where he addressed his ex-girlfriend, Whitney Houston who he had been spending a lot of time with one week before she died in a bathtub at the Beverly Hilton Hotel. Ray seemed very emotional but tried to keep it inside as he spoke sincerely saying: ‘I’ve been through a lot in these past two weeks. I’m able to look at life in a whole different way.”

The couple had a very estranged relationship but they’d always stay in contact one way or the other, sources said. In the weeks before Whitney’s death, Ray and Houston had became really close again and were believed to have started dating again. At the press conference, held earlier this week, the 31-year old said he wanted to come out to the event in order to help the children in need:

“I always look at my phone because I’ve got a picture of somebody that I really love and it helps me through the day. But for the most part, I’m just here for the kids. I’m here to give back.

“I’m really emotional right now… what I will say is that I love and I’m hurt, but I enjoy being around people that support me and give me a sense of peace and that’s what the Brotherhood Crusade does for me.”

Ray J and his family – including sister, Brandy – where all present at the funeral of Whitney Houston, two weeks ago. A video on YouTube that showed Ray breaking down when Whitney’s casket was lifted and carried out of the church whilst her song, I Will Always Love You was played, went viral within days, attracting more than 10million views.