Adele Wants To Get Pregnant By The End Of Year, Wants To Start A Family As Soon As Possible 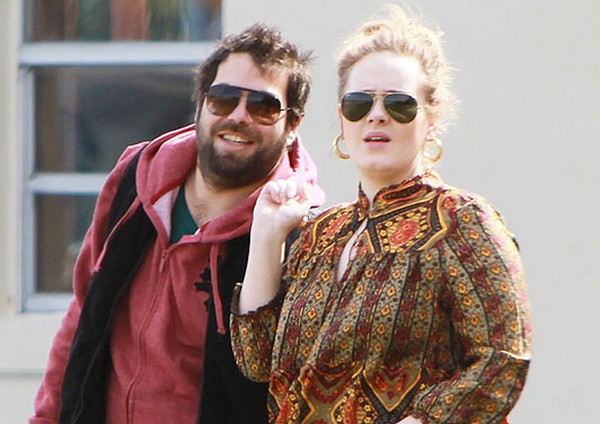 Adele wants to get pregnant before the end of the year in hopes that she can start a family with current boyfriend, Simon Konecki in 2013. The pair admitted they were dating in January and have been inseparable ever since. Simon followed Adele to all the awards shows she was nominated for earlier this year, – including the Grammys – showing that he really likes her and if she is ready to have children, so is he.

“She’s told Simon how broody she’s been feeling. The pair have spoken about children and it’s something they both very much want in the future. Simon already has a five-year-old daughter from his previous marriage with Clary, who Adele has met and absolutely adores,” according to The Daily Star.

“Simon is an amazing dad and has always spoken about wanting more. He just never realised that it could happen so soon as just this time last year he’d resigned himself to the fact that he’d never be happy and settle down again after the heartbreak of his divorce.

“It’s a huge turnaround for Adele, who’s always said she wants to wait until she’s at least 30 and has five albums before she thinks about a family. Adele’s even got a list of names she loves, which are mainly after the music stars she grew up idolising.”

Adele recently spoke out on her move in to her new home in Sussex, calling it a ‘haunted mansion’. Since the frightening night when she heard noises in the house while sleeping, she’s made all her friends and staff move in with her.