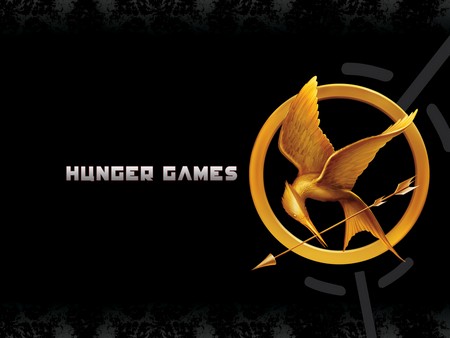 ‘The Hunger Games’ has been getting more and more popular nowadays; almost everyone I know now has either read the book or is reading it. I’m a fan of reading myself and I keep hearing from people that it’s just an amazing book, “there isn’t anything like it.” So, I gave it a read and to be honest, I didn’t even get past the whole book.

After learning the whole concept behind this television program of what these kids are being put into and such, I just kept thinking, “I’ve read this before.” So after some thought and a little research I came across one of my favourite books ‘Battle Royale’ by KoushunTakami, a Japanese novel that was published in 1999, way before ‘The Hunger Games.’

The similarities were just incredible, the whole concept on how it’s a corrupt Government that brings the children to an isolated island to fight to the death amongst each other till there is one left who becomes the winner. Right there it just seems so close to the same concept, it’s very hard to believe when Suzanne Collins says she, “had never heard of the book (Battle Royale) until her book was turned in.” Since reading ‘The Hunger Games’ gave me the feeling that I was just reading a westernized censored version of ‘Battle Royale’. So, I without a doubt call bull sh*t on her.

Hand downs ‘Battle Royale’ is the better read, the book focuses so much more on the psychological stress of the characters and the fact is that all the kids are students of the same class making it much more brutal. So these people fighting to the death actually know each other and grew up together, making it much more emotional. While in ‘The Hunger Games’ it’s just a bunch of people from different districts so there aren’t any emotional ties between the show’s contestants and leaves it feeling very uninteresting and bland to me.

Also in ‘The Hunger Games’ the contestants are taught how to fight before actually participating, while in ‘Battle Royale’ the kids are just thrown into it with a bag full of random weapons and supplies. They actually have to figure out how to survive and they are just students, so it’s very unlikely that all of them have had any training with weapons. It’s much more realistic and I must say the character development is much better, you literally get a back story and understanding of every character in the book and it helps you understand why they choose the actions they do.

‘Battle Royale’ is completely isolated; your family have no idea of how you’re doing, in fact you’re practically considered dead while entering the military program. While in ‘The Hunger Games’ it’s a television show, people actually know of it and support it. Where people send gifts to their favorite contestants and such, it really doesn’t give it all that much of an isolated feeling with this contact of the outside world.

In conclusion, I’ll never read all of ‘The Hunger Games’ and I’ll only see the movie if I’m bored one night and a friend invites me. But I’m in no way jumping onto this bandwagon of a phase; it kind of reminds me of that ‘Twilight’ one, let’s hope it doesn’t get as annoying.