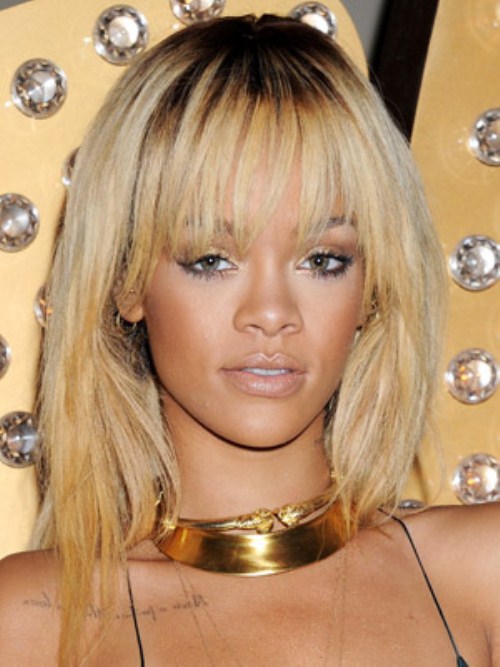 Rihanna fans are making Chris Brown‘s girlfriend’s life a living hell. Karrueche Tran is so scared she won’t go anywhere without a group of minders.

According to TMZ …RiRi’s devoted fans are threatening to kill Chris’s GF and she’s running scared. She won’t even leave her house without  bodyguards. She feels like a target is on her forehead. Is dating Mr Brown worth the hassle? I think we know the answer to that question.

It’s still not known whether RiRi was targeting Tran in a cryptic tweet last week. She posted a picture of a packet of rice cakes wearing hoop earrings and a pair of sunglasses. The message was ‘Ima a make u my bitch‘. It’s thought the Vietnamese rice cakes may have been a dig at Karrueche’s ethnicity. Who knows? But why are these girls getting all worked up over Chris Brown? Hello?

Chris has been telling Karrueche not to worry about the abuse and string of threats that she’s copped in the last week. She’s had to put up with messages like ‘Watch your back‘ and ‘I will kill you‘. Rihanna’s fans need to get a life. Who cares if Karrueche is with Chris? She can have him as far as I’m concerned. Have we all forgotten what he did to RiRi a couple of years ago? I haven’t.

Rihanna is a role model to millions or young girls. She needs to set an example and tell her fans to leave Karrueche alone. And a message to Rihanna – worry about a real guy – not one who took his anger out on you!