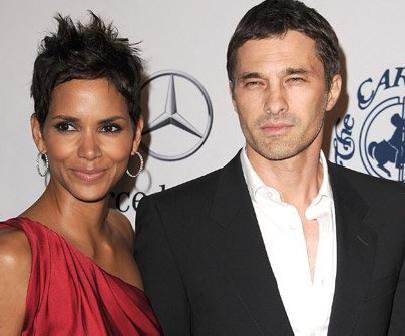 Halle Berry and Olivier Martinez are now engaged – did Halle buy herself the ring?  With a normal woman this would be a cause for celebration but in Halle’s case it’s just another disaster just waiting to happen. Halle has different rules of engagement than most people – for her it is usually the last period before she turns into a snake… or maybe a black widow spider.

Halle has been through more men than we care to recount.  She can get them but she can’t keep them.  What the heck is she doing getting remarried already?  What kind of example does she set for her daughter?  The woman is train wreck, hot body and all.

Halle jumps from one situation to the next without giving herself enough time to figure out why ALL her relationships fail.  We give Halle and Olivier two years at the outside.

What do you think?  Is Halle moving too fast… again?