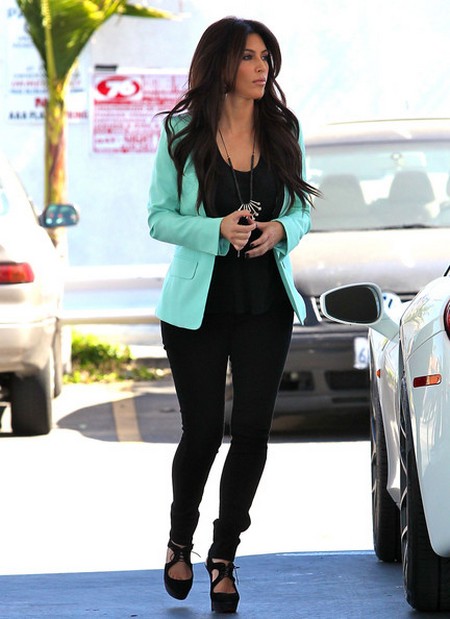 Kim Kardashian made a veiled threat against Jon Hamm when she said the ‘Mad Men’ star was “careless” to call her “stupid.”  What does that really mean?  The only correct interpretation is that Jon was careless because the Kardashian/Jenner gang of famewhores will somehow get back at him!  Watch out Jon – Kim might marry you – her worst possible revenge…   Just ask poor Kim Humphries – he is still walking around dazed and confused after the brief experience.

Jon hit out at the culture of Hollywood rejecting talented stars in favour of personalities – including Kim and Paris Hilton – who he said acted like “f**king idiots”, and Kim has responded by claiming he should think more about what he is saying as she is a successful businesswoman.  A businesswoman?  Didn’t Don Corleone call himself a businessman?

In an extended twitter post, Kim wrote:   “I just heard about the comment Jon Hamm made about me in an interview. I respect Jon and I am a firm believer that everyone is entitled to their own opinion and that not everyone takes the same path in life.”

“We’re all working hard and we all have to respect one another. Calling someone who runs their own businesses, is a part of a successful TV show, produces, writes, designs, and creates, ‘stupid’, is in my opinion careless.”

Jon – who is well known for his role as Don Draper in TV series ‘Mad Men’ – claimed the “elite” in Hollywood were now considered “negative, adding: “Whether it’s Paris Hilton or Kim Kardashian or whoever, stupidity is certainly celebrated. Being a f***ing idiot is a valuable commodity in this culture, because you’re rewarded significantly.

“And incuriousness has become cool. It’s celebrated. It doesn’t make sense to me.”

Truthfully, one could call Kim Kardashian many BAD and UGLY things and be perfectly correct – but stupid?  I don’t think so.