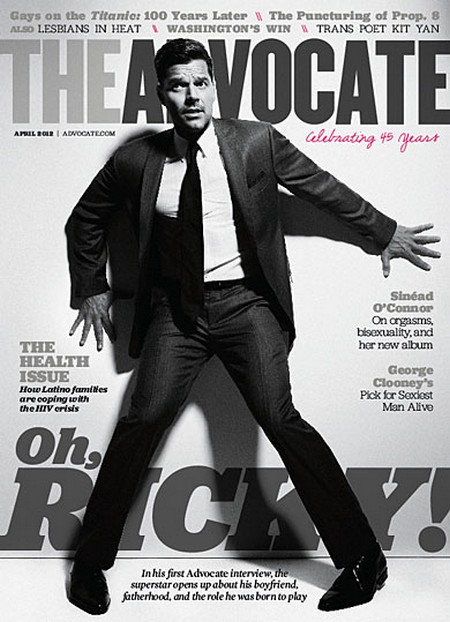 Ricky Martin loves brains and his boyfriend’s intelligence as he finds that it is “such a turn-on.”   The ‘Livin La Vida Loca’ singer – who has been dating stockbroker Carlos Gonzalez Abella since 2008 – admits he was not keen to have him in his life when they first met but has learned to accept him over time, and particularly enjoys how different they are.

He told Advocate magazine:  “It was just one of those things that just happened. I was like, ‘You’re not supposed to be here right now. Would you please allow me to just go on my journey.’”

“I think he’s so sexy. He’s very smart. That’s such a turn on. He leaves the house every day in a suit and tie and that is so sexy. It’s two different worlds – his and mine. I know as much about his world as he knows about my world, which makes it really cool.”