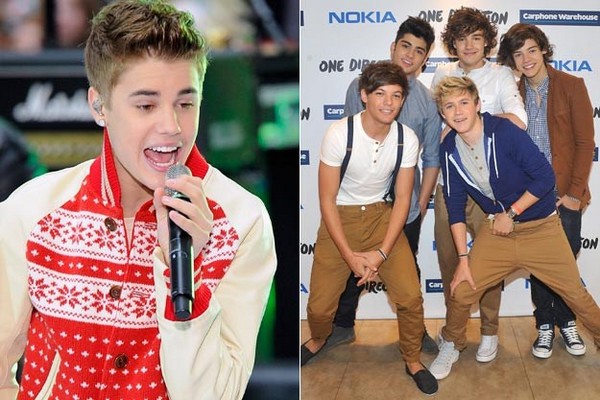 There was believed to be some kind of tension between Justin Bieber and the two British groups, The Wanted and One Direction following the news that they had both snagged a top 10 hit – 1D snagged the #1 album chart while The Wanted took the #2 singles position on iTunes.

But Bieber put the rumors to rest as he sent out a tweet on his official Twitter page, congratulating boy groups for their incredible success stateside and adds that ‘good guys always win’.

The tweet, sent out yesterday said: “congrats to my dudes @onedirection for the #1 album on itunes and @thewantedmusic for the #2 on singles. We share the same queen. #Canadian.”

One Direction’s Niall Horan quickly wrote back a response after seeing the message saying: “thanks a lot dude, much appreciated and yeh you’re right!”

If you’re not too familiar with 1D and The Wanted. They’re big boybands in the UK and have had the chance to ‘crack’ America and seemed to have succeeded doing so. While The Wanted are an older boyband which formed two years ago, One Direction were mentored by Simon Cowell on his talent show, X Factor UK and they snagged the fourth spot on the show.