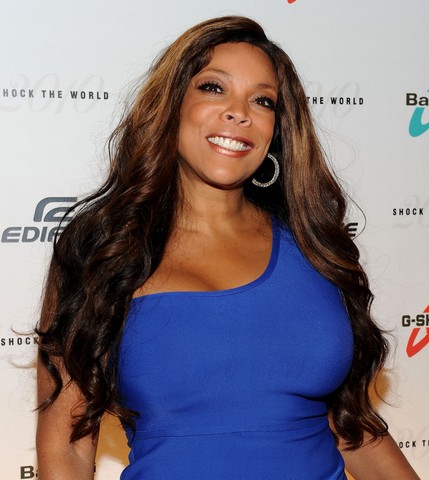 Wendy Williams – what does that name bring to you? Controversial perhaps? Wendy is once again looking for trouble and this time she’s aiming it right at Christina Aguilera. The talk-show host spoke on the rumors that Britney Spears could be becoming an official judge on the X Factor USA after being offered $10million which Williams said was ‘disrespectful’ because of the fact that Christina makes $10M on The Voice and Britney clearly is the bigger star.

The audience joined in on the claps when Wendy said:

“[Britney] has been allegedly offered $10 million (£6.4 million) to be a judge on X Factor, which is an absolute insult… to her. She turned it down because she wanted $20 million (£12.8 million) – good for you, Britney! It’s insulting.

“You know why it’s insulting? Because Jennifer Lopez is making $15 million (£9.6 million) on her show, Christina Aguilera makes $10 million… and Christina, I love you, take this the best way, but you are not the star that Britney is. You’re just not.”

Williams has recently spoken about Christina’s image, saying that she’s happy the singer had changed her ways because one time when she met her back in the “Dirrty” days (recalling the 2002 hit song) Aguilera was supposedly acting very ‘ghetto’ in the presence of Wendy. The host continued by saying when she asked Xtina to take a seat, the Grammy winner replied to saying: ‘This my seat? This my seat? Ite Ite Ite cool.’

Meanwhile, as we previously reported, Britney is said to come to a decision within the next week due to the soon-to-be happening audition rounds which could be kicking off as soon as April if all judges have signed their contracts. We’re pretty sure Spears will not sign on to the show – having to agree with Wendy – simply because she’s worth more than $10million and she isn’t exactly in the right mind to judge a show yet.