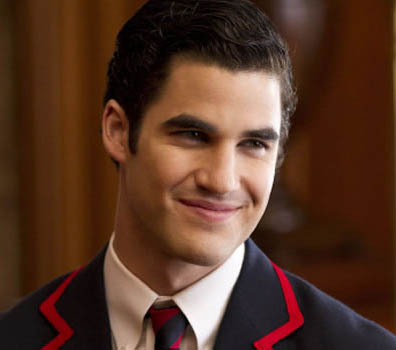 Oh, ouch! It’s gotta hurt Simon Cowell‘s feelings that so many artists continue to turn down his job offerings. Darren Criss, who currently stars in the musical-comedy-drama Glee, is the most recent actor/artist to have given Simon Cowell and The X-Factor the cold shoulder.

Recently, Criss had reportedly been offered the chance to host the borderline successful show . . . but apparently he (and just about every other artist out there) has more important things on his plate.

“They were after Criss,” says a source. “But there’s no way he could have done it with everything he has going on.”

Producers of the show better hurry up quick and fill all those vacant seats. As of now, there are three — THREE! — open positions on the show, including two judging spots (Paula and Nicole were fired), as well as the hosting spot (Steve Jones got the ax after the first season as well). Holy moly, right? If they don’t get their acts together soon, they’re going to be running to me wanting me to judge the competition. I’d do it. Of course I’d do it . . . For a price.

In other related news: WILL BRITNEY SPEARS JOIN X-FACTOR? click here to find out!