Lindsay Lohan Says ‘Hit And Run Is A Complete Lie’ 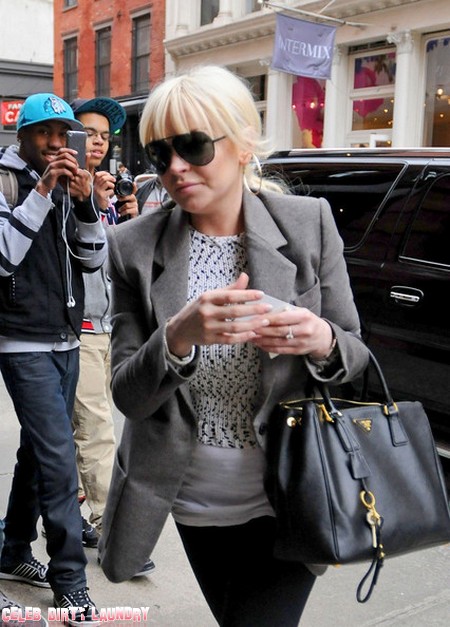 Lindsay Lohan just didn’t do it and she is sticking to her story.  Lindsay has denied claims that she was involved in a hit and run incident that left a man with a grazed knee.

On her WhoSay account, Lindsay posted a statement that reads:   “Scrape? This is all a complete lie. I’ve been at community service. Last night, I attempted to wish a friend happy birthday, which I didn’t even get to do because I was freaked out by all of the paparazzi. These false accusations are absurd.” The statement suggests that Lindsay admits to having been at the scene but denies involvement in any alleged accident.

Related: Trouble And Cosmetic Surgery Sneak Up On Lindsay Lohan!

The denial would seem to correspond to initial police enquiries on the scene of the ‘incident,’ which suggest that the man who was bumped by her car did not suffer any injury.

Sergeant Mark Ro is quoted by the Mirror as saying:   “Space was tight. He came out and said, ‘Don’t hit my car’. She was making a multi-point U-turn and photographers were in her way.”

Lindsay’s publicist, Steve Honig – who was with her in the car at the time – has said:

“At no point was there ever any indication that her car hit anyone or anything. We are confident this matter will be cleared up in the next few days.”

Leave the kid alone!  Lindsay has been through enough crap and if she did hit the manager of The Hookah and take off, then so what.  Isn’t Lindsay allowed to do those type of things?  Let us know what you think in the comments section.