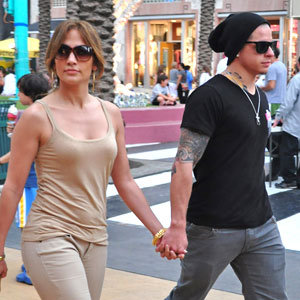 Despite the rumors going around the webosphere, Jennifer Lopez is not planning wedding number four. After a mysterious Tweet saying she was picking out a wedding dress was posted on the Twitter account of her close fashion-designer friend, Roberto Cavalli, everyone’s hearts started racing . . . directly to the altar!

Turns out that Mr. Cavalli’s Twitter account was hacked. If anyone had been smart enough to use their noggin while reading the tweet, they would have immediately realized there was something fishy about the message, which read (with spelling mistakes and odd grammar and all):

Sane people realize that any legitimate fashion designer maintains a strict code of customer confidentiality if they want to maintain their star-studded client lists. So we don’t think Cavalli would’ve been stupid enough to risk losing one of his biggest supporters (and friend!).

The problem with Hollywood rumors is that SO many people want them to be true that, often time, good judgment is clouded. So make sure, people, to be smart when reading your Celeb World news!