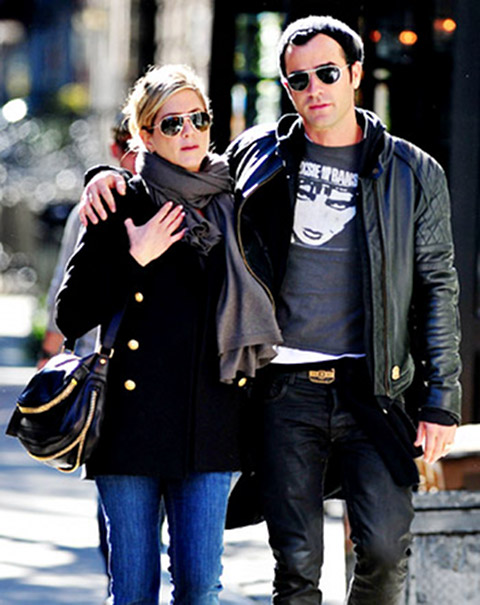 Jennifer Aniston has blown a gasket after learning that Justin Theroux has been cheating on her with his ex-girlfriend Heidi Bivens. Jennifer went ballistic when she found out that Justin was communicating in secret with Heidi. Needless to say Jennifer is always on her guard after Angelina Jolie stole Brad Pitt right out from under her – literally!

According to the National Enquirer a close source says: “In Jennifer’s book, what Justin did was cheating – he was going behind her back to maintain ties with his ex,” “She was furious and read him the riot act, plunging their relationship into crisis. For months, Justin, 40, had been “calling, texting and e-mailing Heidi without Jen’s knowledge,” confirmed another insider.

“They stayed in touch very sporadically at first, but now they’re talking all the time. He’ll e-mail, text or call – when Jen’s not around, of course – and they talk about everything. He asks Heidi’s advice about his career and even discusses his love life with her.”

“For Jen, it’s the ultimate betrayal. Justin has a lot of explaining to do to regain her trust, and it may be too late already.”

Jennifer’s representative denies that she is stressed over Heidi, but witnesses saw the pair bickering in public at Hollywood’s Tower Bar in January. It’s only normal that after 14 years together Justin still has close feelings for Heidi. Of course the sudden and cruel manner in which he dumped Heidi makes one wonder why she would talk to him at all!