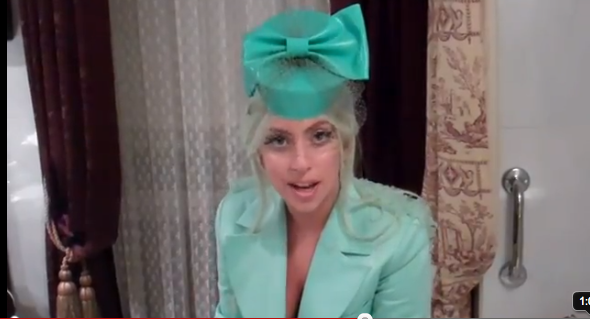 Experts at Wall Street Journal say that the singer’s fortune of $90million would have been slashed to just $60million without the popularity she’s been getting from her Twitter followers – even engaging with them and re-tweeting a lot of their questions and tweets. Bonini says: “[GaGa] really engages [her followers] and retweets stuff they say as if she was one of them.”

Gaga currently holds the most followed person on Twitter title followed by Justin Bieber, Katy Perry, Rihanna, Britney Spears and Kim Kardashian. Gaga also recently revealed to the press that after her interview on OWN air with Oprah Winfrey, she will not be talking to the media for a ‘very long time’.

“Other than this interview, Oprah, I do not intend to speak to anyone for a very long time. No press, no television, if my mum calls and says, ‘Did you hear about it…’ I shut it all off,” Gaga was heard saying to WENN.