Chaz Bono Out And About With New Girlfriend? (Photo) 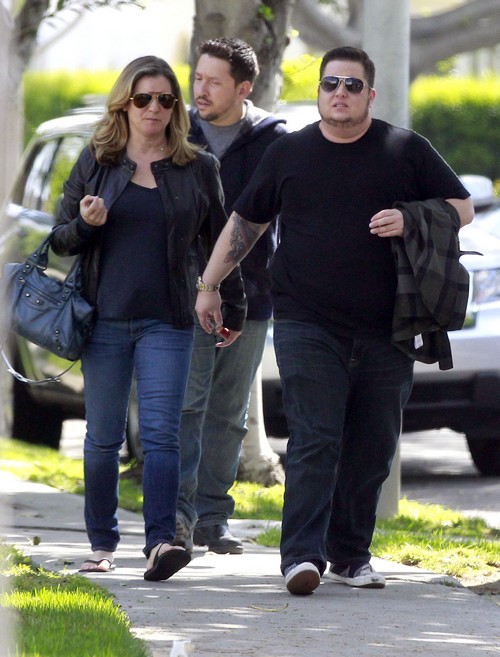 Chaz Bono appears to be reaching for the hand of a woman who could be his new girlfriend. The photo above was snapped as Chaz headed out for lunch with some friends to Le Pain Quotidien in West Hollywood.

Chaz has been ‘doing fine’ since calling off his engagement to fiancée Jennifer Elia in December. Chaz had called it quits with Jennifer over her alcoholism and a source said:

‘The couple’s biggest problem was Jen’s booze relapse – When she drinks, Jen becomes a completely different person – Chaz just can’t handle her then.’

Nevertheless Chaz explained although the pair have called time on their 12-year relationship, they remain on “good terms.”

Chaz was a big hit on Dancing With The Stars and she her dance the Cha Cha Cha by clicking here.