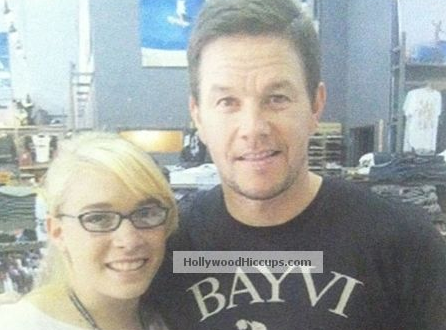 Mark Wahlberg likes to think he knows crime and criminals because he was addicted to cocaine as a youth and served some time in jail. Mark starred in a number of films which deal with law and order including ‘The Departed’ and the more recent ‘Contraband’ says he doesn’t have to read up on law enforcement officers or villains for his roles because he has more than enough real life experience.

Mark who became addicted to cocaine and served time in jail as a teenager explained to The Guardian Guide:

“I have a lot of real life experience with both cops and villains so I channel that. I did ‘The Departed’, all the other guys were like, ‘Let’s go do some research’ and I was like, ‘For what?’ 18 years of dealing with cops? I know how to act like one.”

I think ‘act’ is the operative word here. Does Mark really think that in Hollywood, where the biggest danger he faces is the paparazzi, that playing the role of police or deadly criminal carries any weight or that it makes him a real tough guy? When Markie Mark was an underwear model he didn’t seem so tough, did he? How about when he played the massively hung idiotic Dirk Diggler In ‘Boogie Nights?’ Were those roles a little closer to the real Mark Wahlberg? Mark Wahlberg is very powerful in Hollywood and so he can tailor his roles to suit his ego – which is grossly oversized and very juvenile. He wants to be a tough guy… LOL.