Rihanna On Weight Loss: ‘I Have No Boobs, No Butt’ 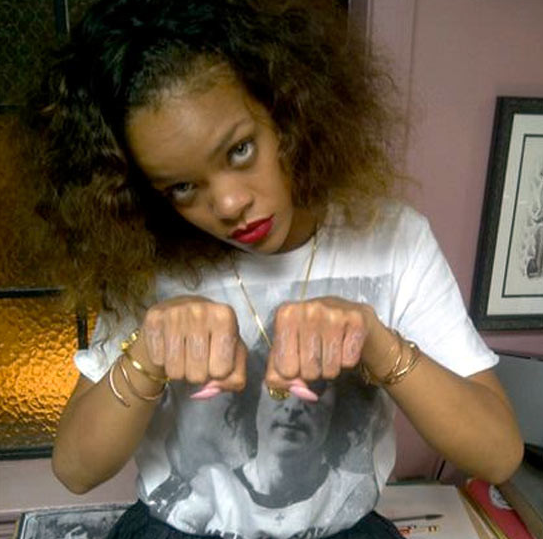 Rihanna has spoken out about her constant weight loss after she sent out a tweet in December saying she was starving herself, which she insists was only a joke. However, fans still feel that the former girlfriend to Chris Brown is becoming rather fragile in shape and want her to take more care of her body.

Denying all ‘starving’ allegations, RiRi said she was perfectly fine while speaking to Ryan Seacrest on his radio at KIIS, adding that she’s always at McDonalds eating ice cream and seeing her weight plunge every now and then is shocking to her too, continuing by saying she now hasn’t got no boobs or a butt anymore.

“It’s difficult to have any kind of routine when your schedule is that crazy. So I really have no idea how I’m continuously losing weight. It’s actually pretty annoying. Now, I don’t have a butt, no boobs – already had no boobs – so annoying! People think I’m not eating. I’m eating McDonalds at 3am… it’s an issue. I’m eating ice cream!”

Earlier in the interview, Rihanna addressed the issue her fans had when she hooked up with her former fling, Chris Brown on a track that sparked people to send death threats to Brown for doing the duet. RiRi quickly shut down any negative comments and said that the only person she felt comfortable doing the remixed version to her song with was Chris because he’s the ‘hottest’ R&B artist out right now.