Ronnie Speaks On Snooki’s Pregnancy, Says That Having A Good Time In The Club Doesn’t Make You A Bad Parent 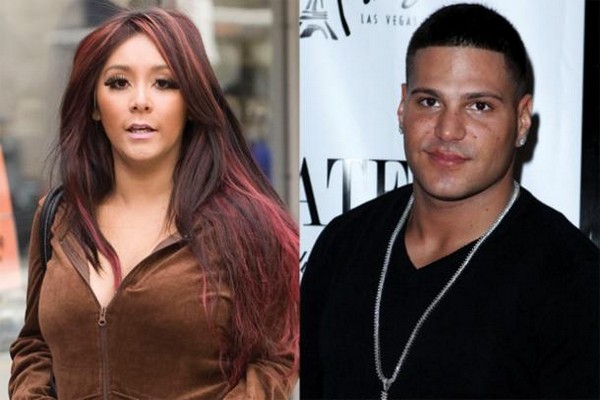 It seems like all of the Jersey Shore castmates have spoken out about Nicole ‘Snooki’ Polizzi‘s pregnancy either through a tabloid magazine or on blogs. Ronnie Magro is the recent member to speak publicly on what he thinks about his friend getting knocked up by Jionni LaValle and how he thinks she will adjust to the life of motherhood.

In a recent interview Magro says that whenever they talk, she seems to be a different person, most likely due to the fact that she now knows she can’t go out clubbing every night and bring home a new man whenever she wants to. He also added that people shouldn’t judge her because of what they see on TV – getting wasted – because to him, it’s not who she is anymore.

“The fact that she likes to have a good time has nothing to do with what kind of parent she’s going to be. It’s her life and whatever’s going to make her happy at the end of the day, she has to realise that that’s what she has to do. She’s not drinking. She’s got her act together and I’m really happy for her.”

Deena Cortese and co-star Vinny Guadagnino were recently doing some promotions as the show came to an end on Friday. As they made a quick stop at the Wendy Williams show, both said that they were very happy for Nicole and wish her the best. Deena added that although MTV have not contacted them about another season of Jersey Shore yet, it is uncertain that if the cast does come back in the summer for it’s next season, Nicole will be there too.