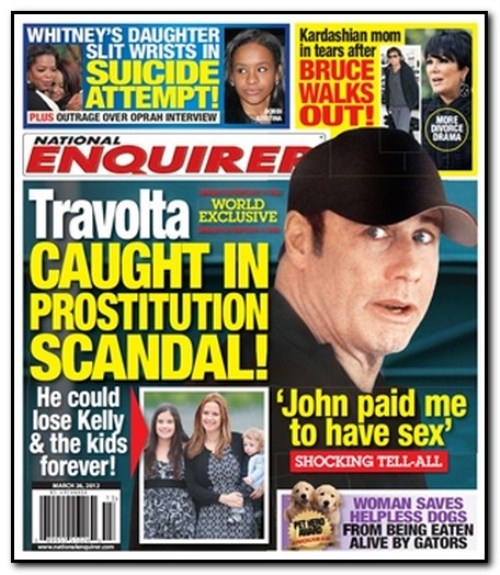 When the masseur warned John that he didn’t participate in sex games or prostitution John said: “Aw, come on. Who’s gonna know?”

Then John asked the masseur of he would ‘pleasure him with his hand.’

The National Enquirer, Print Edition of March 26, reports in MUCH more detail the rest of what transpired during their encounter – but we cannot do that here.

Suffice to say that the masseur said: “Dude, if you don’t get me out of here. I’m going to call the cops!” And John paid the masseur double what he required to…

Who can say if every detail of this story in The Enquirer is true? But time and again John has been accused of frequenting gay prostitutes and participating in man-on-man extra-marital affairs.