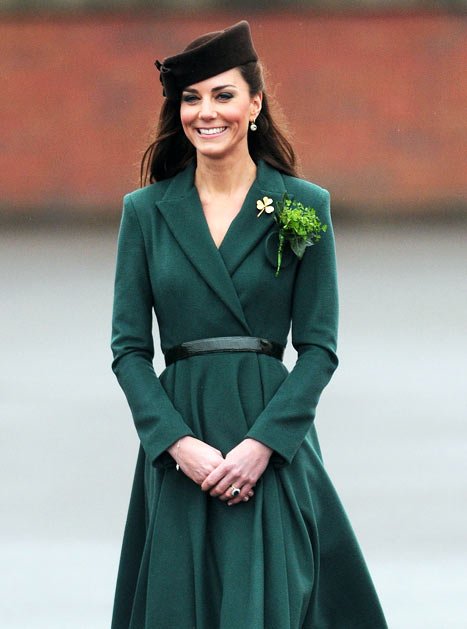 Seeing Britain’s Duchess Catherine in person was just too much for some members of the military as her St. Patrick’s Day presentation caused three soldiers to faint.

Kate attended her first solo military event Saturday to mark St. Patrick’s Day but it proved too much for three soldiers who were overwhelmed by the occasion.

One young guardsman was out cold on the floor in his formal red uniform during the Irish Guards parade in Aldershot, Hampshire, and two others had to be taken out of the parade ground when they appeared to faint.

Prince William is currently in the Falkland Islands where he is working as a search-and-rescue pilot was not at the event with Duchess Catherine.

What happened to the fainting soldiers in Kate Middleton’s presence is what happens to some young girls in the presence of their entertainment stars. Seeing their idols in the flesh is just too much for them and they pass out!