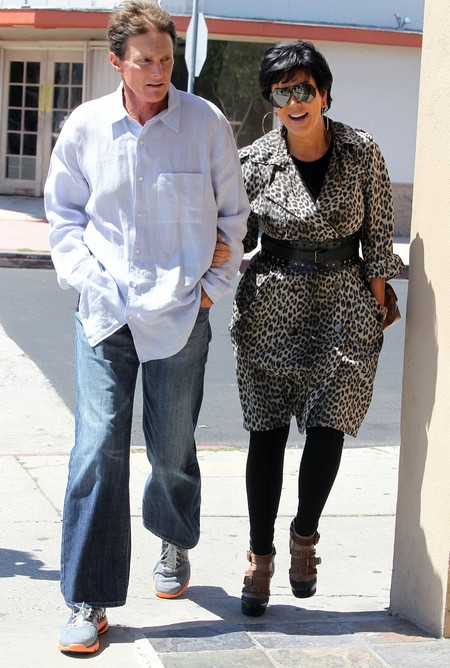 Bruce Jenner has left his wife, Kris Jenner, over fears that Kris is turning their youngest daughters into ‘Kardashian Robots.’  Bruce packed his bags and stormed out after a fearsome row with Kris triggered by a photo shoot for ‘America’s Next Top Model.’ Kris arranged for daughters Kendall, 16, and Kylie, 14, to portray the creepy twins from ‘The Shining’ and Bruce simply lost it.

An insider explains in The Enquirer Print Edition, March 26:  “Kris was crying hysterically when she finally got Bruce on his cell phone. She sobbed that she was sorry for everything and that if he came back, they could get their marriage back on track.”

“But Bruce is fed up with his wife’s cold, bloodless ambition for the children.  He was so angry he wouldn’t even tell her where he was.  Bruce returned two days later but the strife is far for over.  Bruce told her ambition is in her blood like a disease.”

Bruce doesn’t want his daughters turning out like their half-sisters, Kim, Khloe, and Kourtney – who he considers to be ‘hypersexualized reality starlets.’  Can you blame him?