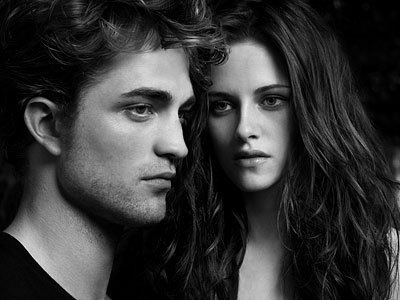 Robert Pattinson said that he felt “scared” when he had to film a sex scene with his girlfriend, Kristen Stewart because the set was hazardous.   Rob was referring to the scene in ‘The Twilight Saga: Breaking Dawn – Part 1’, when he and Kristin get so wild in bed that they break the darn thing!  One would think that the fear of personal injury would add a novel dimension the filming of a sex scene.

Rob was quoted in Reveal:  “I’ve never done a sex scene where it’s kind of scary because you think something is going to fall on you! There was a whole stunt set up with three guys, who do all the explosions and things, all lying under the bed. I spent the whole time looking at them for a signal. It was funny, though!”

Kristen and Robert allegedly had a major fight over criticism she leveled at Rob’s appearance.  Kristen implied that the sex symbol was looking mighty ugly. Kristen insulted Rob’s looks in front of several other people and he reacted by getting very upset.

Related:  Robert Pattinson Fights With Kristen Stewart After She Calls Him Ugly

It seems that Rob’s massive hairy eyebrows had not been properly trimmed and he looked like a beast.  Daily Star reported their source’s view: “Kristen turned round to Rob at an event in front of at least eight people and said: ‘Your eyebrows are long overdue, sweetheart. Robert was fuming and went bright red with embarrassment and anger. They had a massive row and didn’t talk to each other for the next 12 hours.”

How much truth is in this report of the ‘eyebrow battle?’  Could Rob and Kristen fight?  Are they not the perfect couple?   Let us know what you think in the comments below.