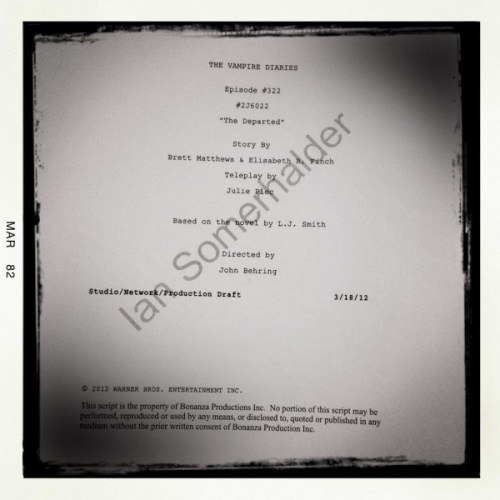 Ian Somerhalder who plays Damon on the Vampire Diaries let the cat out of the bag and tweeted a picture of the final script for The Vampire Diaries Season 3 finale.   The big news is we now know the title of the final episode – it will be called ‘The Departed.’  He tweeted along with the picture: “Wow-season finale script. 3 years of VD… Episode #66”