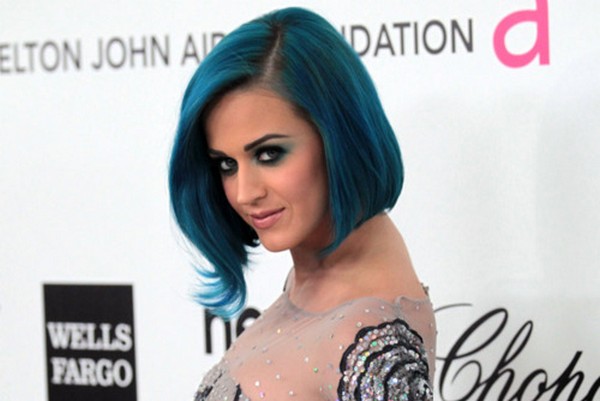 Although they have already filed for a divorce, Katy Perry still seems very distraught about the split hence why she suddenly rushed out of a nightclub yesterday to avoid an awkward situation after her friends informed her Russell Brand was on his way over. Perry was smiling throughout the night as she watched people attempting to sing on karaoke machines; her mood changed when she heard Brand was coming over after he jetted in to London from Los Angeles.

It’s not clear if Russell had wanted to see Katy at the club or if he just wanted to enjoy a fun night out. According to Metro, Perry wanted to go to the club because that’s where Rihanna is also known as a regular: “She wanted to spend the night singing in the room as it’s where her best mate Rihanna normally comes to play when she is in town.”

“Katy was having a great night but bolted out the door when one of her sidekicks stunned her by telling her Russ was about to turn up. Rather than risk an awkward run-in, Katy didn’t take any chances and ordered everyone to move on to a club in Chelsea instead.”

Perry was in London after performing at Let’s Dance for Sport Relief on Saturday where she sang her new single, Part Of Me which is allegedly aimed at Russell despite the constant denial.