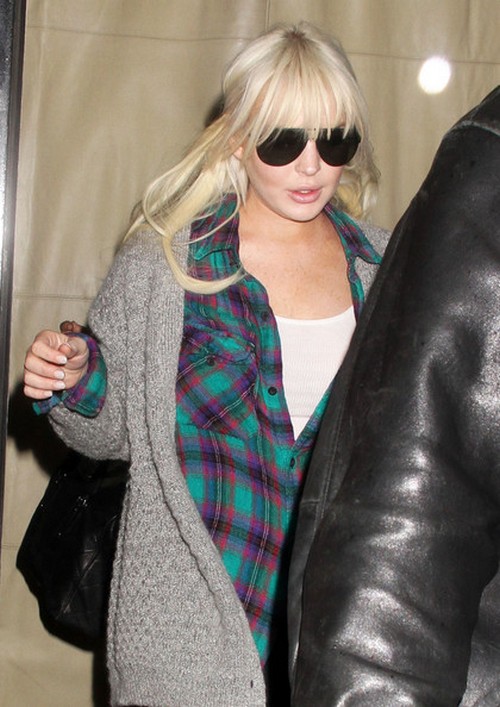 Alex Torres who goes by the professional name of Voodoo – says he slept with Lindsay Lohan while her father Michael Lohan was sleeping in the same building, and has even indicated she may have paid him for his services.  ughhhh she is just nasty!!!

He dished  to ‘The Jim Richards Show’ on Newstalk 1010 in Toronto, Canada: “Ask him [Michael Lohan] if he knows about that night I had with his daughter while he was sleeping upstairs. I’m not joking!  “Many of these Hollywood celebrities pay me a high price dollar to come and satisfy them. I’m not joking!”

Lindsay – who has previously dated DJ Samantha Ronson and socialite Calum Best, and has seen her career plagued by legal problems and rehab spells – recently said she “regrets” some of the decision she has made in her life.

She said: “I regret the choices that I’ve made, but I’m grateful for where I am today because of them.  I don’t need to see any more negative stuff, I don’t need to put myself in those places anymore.”

She has so many things to regret, where does she start?