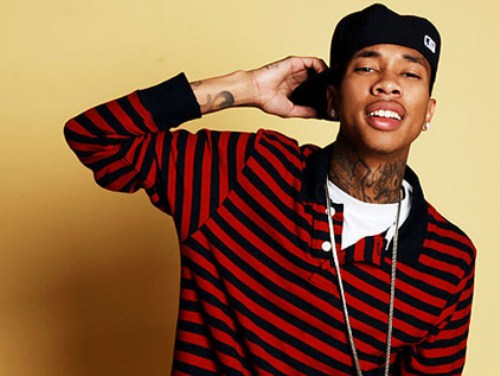 Tyga was performing before a rowdy crowd that included deadly gangsters – and how do we know the dudes in the crowd were bad?  Well we know this because they started shooting at Tyga as he left the venue – and the brutes shot a female rapper named Honey Cocaine.  Honey was shot in the arm in the crossfire and is now in stable condition.  Looks like Tyga better hire him some REAL bodyguards – former Israeli military men might work… if Tyga can afford them.

MediaTakeOut has the exclusive:  MediaTakeOut.com got a WORLD EXCLUSIVE report that Fight broke out last night at a Tyga concert in Omaha Nebraska.

Here’s how everything popped off. Everything was going fine until a concert goer threw a bottle on stage while rapper Tyga was performing. Initially Tyga and his security ignored it, but when another bottle was thrown, Tyga stopped to address the situation.

The crowd got rowdy, and Tyga continued to do his last song for his fans. After leaving the venue, gang members started SHOOTING at Tyga and his people. Tyga was able to come out of the situation unharmed, but a FEMALE ARTIST named Honey Cocaine wasn’t so lucky.

His artist Honey Cocaine got wounded in the crossfire; she was hit with a bullet to her arm. Honey Cocaine is in stable condition. No one else was hurt.

We’ve had our DIFFERENCES with Tyga before in the past, but we F*CK with him as an artist and we think he’s an all-around COOL GUY. If you know ANYTHING about the GOONS that attacked him and his entourage, please contact the authorities. Remember ya’ll THEY SHOT GIRL!!!