One Direction Demand Simon Cowell Treat Them Like Kings 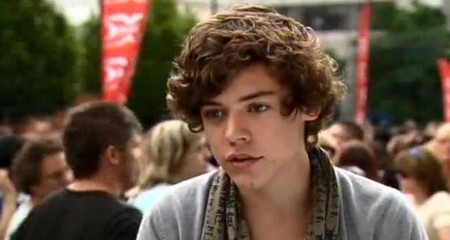 The British boy band One Direction want Simon Cowell to treat them to a lavish meal to celebrate their US chart success.   The ‘What Makes You Beautiful’ hitmakers made history this week by selling more than 176,000 copies of their ‘Up All Night’ album and debuting at number one in the US charts and can’t wait to celebrate.

Singer Harry Styles told The Sun newspaper:  “We’ll have a party when we get a chance but first of all we’re definitely going to get Simon Cowell to cough up and take us out for dinner in Los Angeles.”

“We’re just five normal lads form the UK. What has happened to us is incredible. I know it sounds like a massive cliche but it is truly amazing – it’s what dreams are made of.”

Harry also revealed the group – himself, Niall Horan, Zayn Malik, Liam Payne and Louis Tomlinson – want to play at Queen Elizabeth’s Diamond Jubilee concert in London this June and would love to take to the same stage as Sir Paul McCartney.

He said:   “I’d love to meet her Royal Highness. I grew up listening to the Beatles because my dad used to play them over and over again.  “We’ve got a lot of big plans but I’m sure anything would be struck out of the diary if an invitation came along.”

A concert insider told the Daily Mirror newspaper:  “Obviously organiser Gary Barlow has close connections with Simon Cowell and ‘The X Factor’ and is keen to get One Direction signed up by the end of the month.”

Are these lads the next Beatles or are they the next Bay City Rollers?