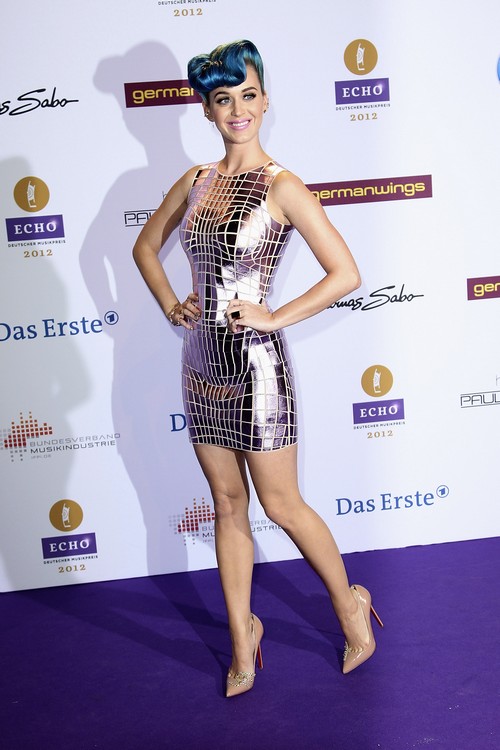 Katy Perry was at the Echo Awards in Germany Marhc 23rd, 2011.  Katy arrived in a silver catsuit with her dyed-blue hair tied back in a ponytail. Katy performed her new single ‘Part of Me’ live at the ceremony.

Click on the thumbnails below to enlarge more pics of Katy at the Echo Awards!