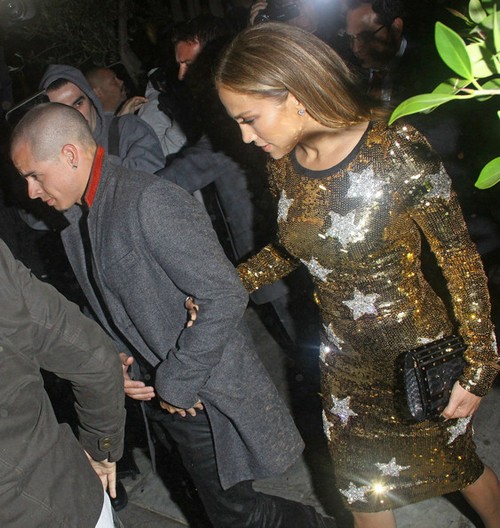 It seems Jennifer Lopez likes to give her boyfriends jobs – ex-hubby Ojani Noa ran her restaurant in Miami, Chris Judd appeared in her videos and Ben Affleck got a part in one of her movies.  Now Casper Smart has lucked out and Jennifer has hired Casper to be gig choreographing and directing her new music video. I guess J-Lo thinks she has to give them an incentive to stick around.

A source reports: “Jenny wanted to give him more responsibility so she doesn’t get compared to Britney Spears – who was mocked for marrying dancer Kevin Federline.”

He better be careful the next thing he does not hear from Jennifer is: “You’re fired!”

What do you think, does Jennifer try to buy her men???