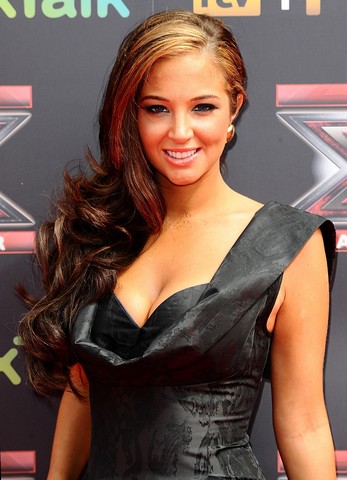 Tulisa Contostavlos has denied releasing her sex tape in order to boost her music career and sell more records as she debuts her solo album within weeks to come. The singer/X Factor UK judge was left stunned when the tape of her and former boyfriend, MC Ultra leaked online, she immediately took to her official YouTube page to address the situation and clear the air as she admitted it was her in the video.

Her spokesperson has given a statement after reports claimed Tulisa had been worried she wouldn’t have good chances of becoming a popular artist now that she’s starting her solo career. Simon Jones had the following to say: “It is absolutely ludicrous for people to suggest the tape was a publicity stunt. The song was recorded last year and the video filmed last month. It is complete insanity to say she leaked the sex tape herself.

He adds that Contostavlos shouldn’t hide from anyone because in her case, she didn’t do anything wrong: “She has put her heart and soul into her solo career. Why should she have to delay her music release when she has done nothing wrong?” Simon Cowell has also revealed to the British press earlier this week that Tulisa’s job role on the UK’s version of X Factor is still secure despite the leak of the tape.

‘Young’ is the singer’s first single of her debut album – yet to be named. Watch the video here!!