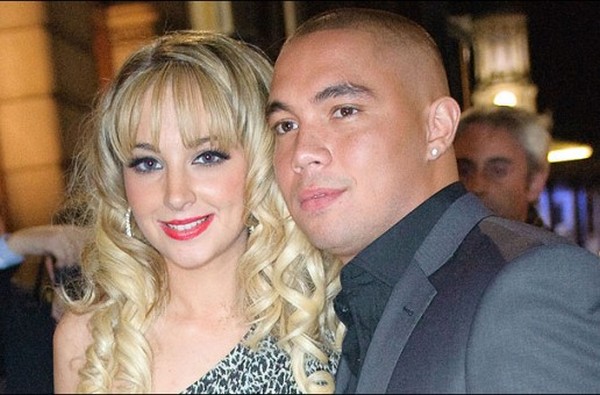 It wasn’t long before until Tulisa Contostavlos would find out who leaked her sex tape after it emerged earlier this week. It turns out that her ex-boyfriend, MC Ultra who also stars with the singer in the video clip was the person behind the video making its way on the internet. Tulisa has filed to sue him for $150,000 (£100,000) as this was deliberately done to ruin her reputation and her status on the popular talent show, X Factor UK where her position as a judge was supposedly put into consideration.

“She’s suing for up to £100,000. This latest move by Tulisa has really unnerved and unsettled him,” a source tells The Sun. MC Ultra (real name Justin Edwards) could be forced to pay the amount if found guilty since there was evidence of him leaking the tape. “It’s serious stuff and he’s got to take it seriously. It’s a lot of pressure for him. He feels he can’t talk publicly now because of this,” the source added.

As we reported earlier, Simon Cowell has reached out to Tulisa and let her know even though her tape was released, it will not put her in any danger with her role on the X Factor UK – in other words, she will definitely return for another season alongside Kelly Rowland. A source added: “This is an unusual case, in that the injunction was granted after the material became public, not before. It entitles Tulisa to seek damages.”