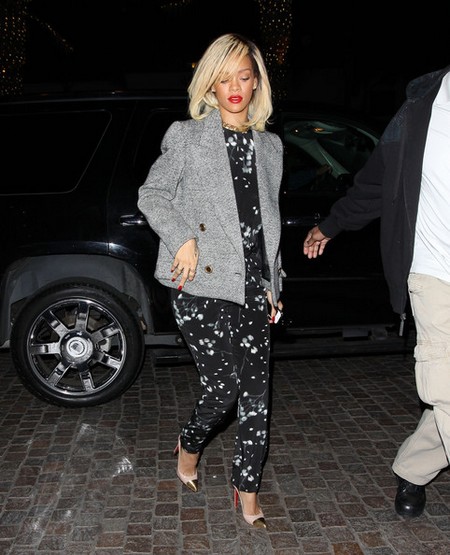 Rihanna, 24,  – who is believed to have been having a fling with Ashton Kutcher for the past eight weeks – has apparently asked him to join her in the UK for her shows at Wireless festival in Hyde Park and at Radio 1’s Hackney weekend in June and July.

She is said to be so serious about the 34-year-old Ashton who separated from wife Demi Moore last November – that she has taken him to meet her brother Rorrey in New York.

A source told The Sun newspaper: “Rihanna and Rorrey, who releases music under the name GQ, are close so him meeting Ashton is a big deal.  Rihanna clearly thinks things between them are serious.”

Meanwhile Demi – who recently left rehab after reportedly being treated for addiction and an eating disorder – is now said to want him out of her life for good.

A source told the Daily Mirror newspaper: “Ashton’s been spotted with numerous women in the past few weeks and it’s really hit Demi hard.

“She feels like he’s rubbing her face in it with all these women and having a female like Rihanna visit his bachelor pad late at night is the final straw for her.  Now she doesn’t want anything to do with him any more. She’s gutted he’s treated her like this after all they’ve been through.  She just wishes Ashton would start being more low-key and taking note of the fact while he is able to party around Los Angeles, she’s a woman with a broken heart who is going through a hard time.  She expects a bit more respect from them both, especially in the public eye.”