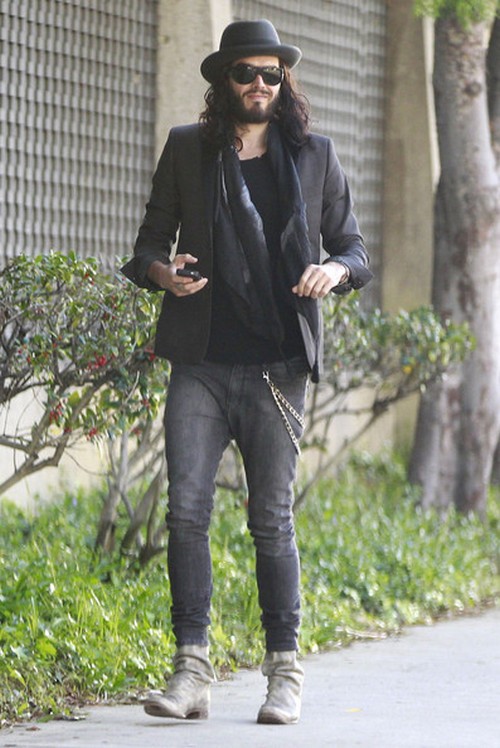 It did not take Russell Brand long to move on from his marriage to Katy Perry!  – they only split in December 2011.   As a matter of fact new love Nikolett Barabas gushed about her new love  Russell Brand during his gig at the Largo comedy club in Los Angeles last week, saying he is “beautiful”.

After the show Russell was seen hanging out with a number of girls, but Nikolett hung back from intervening and was happy to let him do what he wanted.

An eyewitness said: “He was really flirty, but even in a sea of women, Nikolett just hung back and let him do his thing. He even kissed one pretty brunette quickly on the lips and told her she was gorgeous.”