Katy Perry And Kate Upton Both In Sex Shoes (PHOTO) 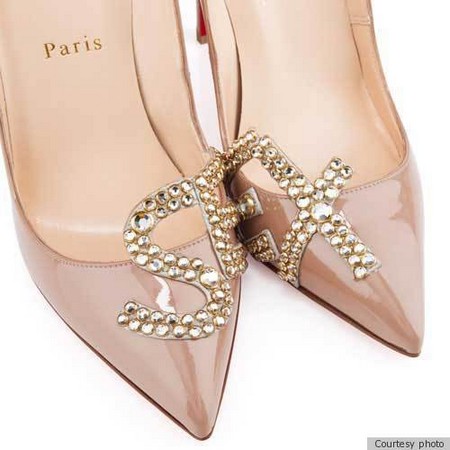 Word is that Katy Perry and Kate Upton are both walking around cursing ‘Bitch stole my sex shoes.’  It seems that having the word ‘SEX’ emblazoned right on the toe of their shoes made them feel so much more lovely.  Not that anyone would have noticed but Katy Perry has been desperate for attention since getting dumped by Russell Brand.  Now she’s advertising…

It seems that both celebs wore the silly shoes on different red carpets in the last few days.

And if for any reason they start to doubt whether their sex appeal is enough for the red carpet (like that would ever happen), they wear a pair of shoes that say “sex.”

That should do the trick, right?

Upton rocked the $1,400 Christian Louboutin nude heels with the emblazoned “sex” on the toes last night at the Jeffrey Fashion Cares event in New York City, and paired them with a simple yet fitted LBD. However, she wasn’t the first.

Perry debuted the stilettos at the Echo Awards in Berlin, Germany last week with a lavender metallic leather Paco Rabanne mini, and in reality, this would just be a coincidence, but in Hollywood, this calls for a head-to-head (or foot-to-foot) showdown.