Jennifer Lawrence Has The Hots For Bradley Cooper 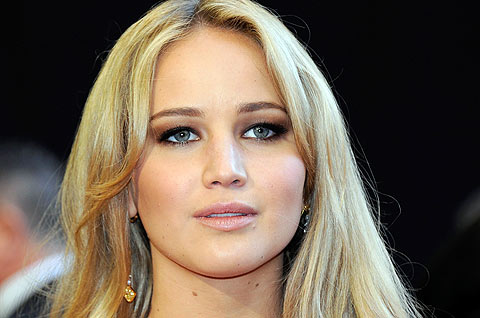 The Hunger Games actress Jennifer Lawrence who stars with Bradley Cooper in the new movie ‘The Silver Lining’ and says he lives up to People magazine’s Sexiest Man Alive title.

She told LOOK magazine: “Bradley’s very sexy because he’s sweet, funny, nice and down to earth.”

Although she is impressed with Bradley, Jennifer admitted she thinks British guys are more likeable than their American counterparts.  Jennifer, 21 is dating her British ‘X Men First Class’ co-star Nicholas Hoult and she says one of the things she loves most about him how down to earth he is.

She explained: “American guys feel the need to exude so much confidence – British guys do the slumping shoulders and stammering attitude, which is a lot more likeable.”

While she doesn’t worry too much about where her career will take her, Jennifer says her main ambitions in life are to become a mother and wife.
She said: “I see my future the same as I did when I was a little girl – having a family and being a mum. I don’t lie around thinking about my career aspirations.”