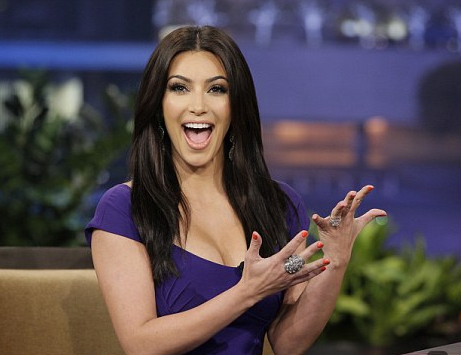 Kim Kardashian is not a very happy woman. The reality TV-star took to her Twitter page to express her feelings to inTouch’s latest issue which says Kim has been having an affair with good friend, Eva Longoria‘s former boyfriend, Eduardo Cruz — which is supposedly why the couple split… because of Kardashian. After the tabloid magazines went public, people were shocked and Kim must have received a lot of backlash from it, prompting her to voice the truth on her Twitter page:

“I’m used to rumours and almost never address them,” she wrote. “But it’s not OK when magazines like InTouch involve my close friends in their made up stories.” She added: “They were told by multiple people that their current cover isn’t true, but they decided to go ahead and run it anyway. So here you have it.”

Longoria and Cruz had been dating for just over a year before deciding to end their relationship earlier this month. Kardashian recently said to Jay Leno that she and her family are known to be an open book due to so much public attention in the media: “I pride myself and my family on being an open book. This is what we do – we share our lives on a reality show. And so when this is our reality and this is what’s really happening, we show it.