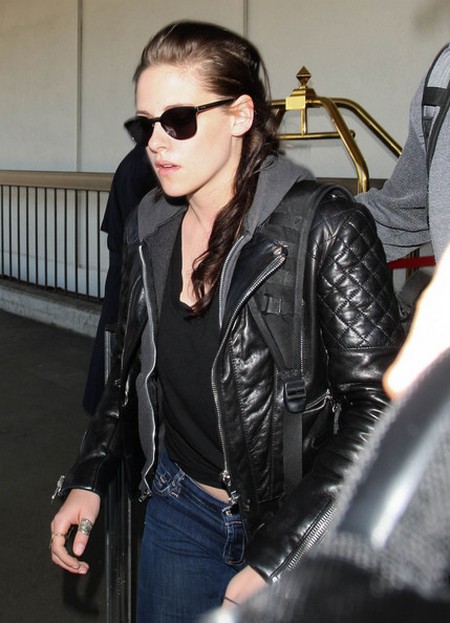 Kristen Stewart loves to be impulsive and says she just can’t control her urges.  According to Robert Pattinson’s girlfriend, this is how she wound up accepting the role of Snow White in the upcoming ‘Snow White and the Huntsman.’  Originally Kristen claims she didn’t want the plum starring role – ya, right…  These celebs must think we are really thick.

See: Robert Pattinson Fights With Kristen Stewart After She Calls Him Ugly

Speaking to Empire mag Kristen revealed the following:   “My first reaction was, ‘No Way. I’m not doing the franchise movies.  I’m used to doing smaller-scale movies.”

“Twilight was my first experience of that scale, and I never expected that to be so big. But it’s weird what speaks to you … It certainly wasn’t like, ‘What is this going to do for my career?’ The  film’s about identity issues and stepping up to the plate. I’m pretty impulsive and it just grabbed me.”

“I don’t think I traditionally knew anything of Snow White other than the Disney version, and that is really quite different from the original story, which is much more [sinister and bloody],” Kristen says.

“There are obviously real changes to our story, but in terms of who she is, which is very much the innocent, I think we’re really in keeping with the original character.”

Do the studios train their actors to come up with nonsense?  Or does it just flow from them naturally?