Get Your Ex Boyfriend Back 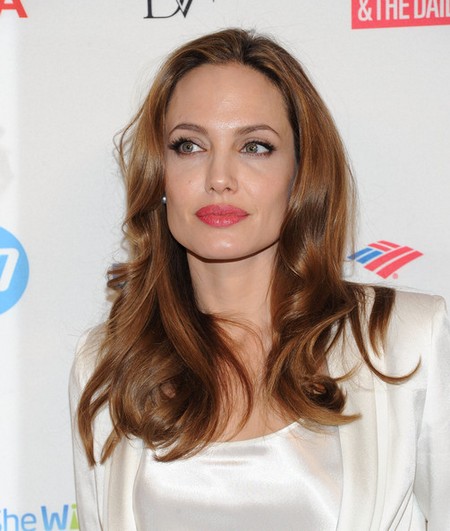 Angelina Jolie is crazy jealous over Brad Pitt’s crush on Berenice Bejo.  Brad is love with Berenice has the nerve to tell Angelina ‘how talented and beautiful he thinks Berenice is.’

During Screen Actors Guild Awards at the end of January Angelina was losing her mind as Brad and buddy George Clooney chatted about ‘what a knockout Berenice is.’  A week later, Brad followed Berenice ‘around like a puppy dog’ at the Academy Awards Nominations Luncheon.

The actor has developed a huge crush on the Argentine-French stunner, star of best picture winner “The Artist” – and Angelina wants to make sure the “Moneyball” hunk doesn’t get to first base with her.

“Brad can’t stop gushing about how talented and beautiful he thinks Berenice is,” divulged a close source.  “He’s enchanted by her ex­otic beauty.”  “Brad is determined to line up a project for the two of them to star in together. But Angie is fuming. She’s jeal­ous of all the attention and praise Brad is lavishing on a woman she considers her competition, professionally and personally.”

Brad’s been gushing about Ber­enice ever since he and Angie attended the Screen Actors Guild awards in Los Angeles on Jan. 29.

“Angie sat silently and steamed while Brad chatted with friends including George Clooney about what a knockout Berenice is,” said the source.

Just a few days later on Feb. 6, at the Acad­emy Awards Nominations Luncheon, Brad, 48, was back on the trail, according to the source.

“He followed Berenice around like a puppy dog. He gave her his pri­vate cell-phone number and e-mail and urged her to get in touch about working together.”