Robbie Williams Announces That His Girlfriend, Ayda Field Is Pregnant 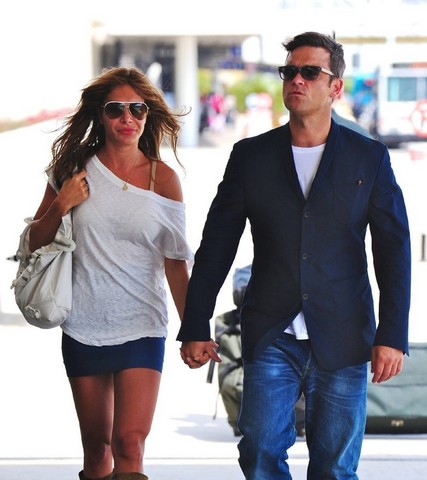 Earlier this morning, Robbie Williams took to his blog to announce some very exciting news to fans. The singer’s girlfriend, Ayda Field is pregnant, Robbie confirmed and adds that the couple have had several scans and are already planning the nursery together. “Hey friendlies, I’ve been keeping a secret from you all,” he wrote.

“Me and Ayda are going to be mummy and daddy this year! We had sex! It works! “We’ve seen scans and cried. Looked at babies in commercials and teared up. The nursery is already planned,” Williams continued to add.

“Basically I’m in love with a little person growing in mummy’s belly. And can’t wait to be a daddy… crying now. Much love much joy, Roberto, mum and little bump.”

Robbie recently said that he is working on his next studio album which was supposedly given a release date for autumn but may now be pushed back following the news that Ayda is pregnant. Williams didn’t say how many months Field is into the pregnancy but it’s most likely that Robbie will not go ahead with an album launch since he’s so excited. Congratulations!