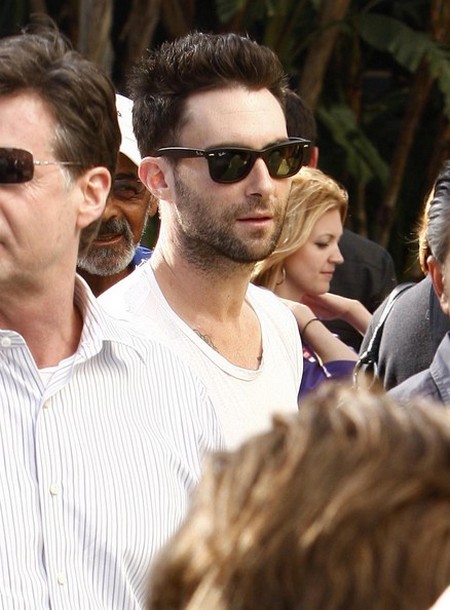 It is all over but the crying between Adam Levine and Anne Vyalitsyna have split up. The Voice coach and the Russian-born model have decided to part ways after two years of dating but Anne, 26, claims the couple still “love and respect” each other.

She said in a statement to People magazine:  “Adam and I have decided to separate in an amicable and supportive manner. We still love and respect each other as friends. I wish him all the best.”

A friend of the Maroon 5 frontman added to US Weekly:   “He will always love and cherish her.”

Adam, 33, and Anne first met at the Sports Illustrated swimsuit issue release party in Las Vegas in early 2010, where Maroon 5 performed but didn’t immediately hit it off.

Anne previously said:  “He thought I was a stuck-up bitch and I kind of thought he was a d*****bag musician

Although the couple were rumoured to have had a giant bust up earlier this year, speaking in February, Adam said he was determined to make the relationship work.

He explained:   “This is the most functional relationship I’ve ever been in. I don’t want to screw it up.”

Adam previously dated celebrities including Jessica Simpson, Maria Sharapova and Cameron Diaz. He had a four-year relationship with former Vogue editor Jane Herman after meeting in high school and detailed his heartbreak over their split in Maroon 5’s 2002 debut album ‘Songs About Jane‘.