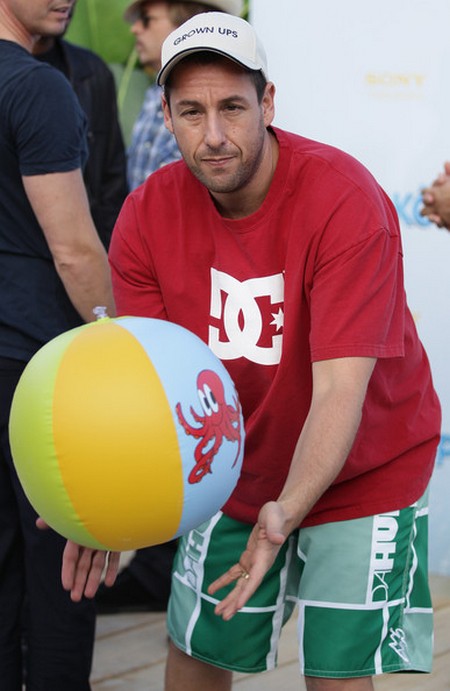 Adam Sandler can’t be pleased at the critical response to his latest movie flops.  ‘Jack and Jill’ took top dishonors at the 32nd Annual Razzie Awards in California Sunday and ‘Just Go With It’ also got crushed.

The comedy has Adam playing both an advertising executive and his obnoxious sister took home every single prize at the Golden Raspberry Awards ceremony at a magic shop in Santa Monica, which celebrates the worst movies in Hollywood.

Adam picked up a host of gongs including Worst Actress, Worst Ensemble, Worst Screenplay, Worst Couple and Worst Actor, which was split for his roles in ‘Jack and Jill‘ and ‘Just Go With It’.

Filmmaker Dennis Dugan was won the Worst Director award for his work on both ‘Jack and Jill‘ and ‘Just Go With It’.

The awards were voted on by the 657 members of the Golden Raspberry Award Foundation.

“He didn’t play triplets, but he couldn’t have won more awards if he had.”

“Adam Sandler has a pretty much basic attitude of, ‘No matter how dumb I make it, my fans are going to pay to see it’.

“I guess it’s more about the complete lack of any genuine effort or concern or pride. An attitude of this is good enough, but when you consider what they’re charging for movie tickets today, it wasn’t good enough.”

“It was good enough to get our attention. If you work with the attitude that you’re just going to be good enough, then you’re probably good enough for the Razzies.”

Worst Actor: Adam Sandler, ‘Jack and Jill’ and ‘Just Go With It’

Worst Screen Ensemble: The entire cast of ‘Jack and Jill’

Worst Director: Dennis Dugan, ‘Jack and Jill’ and ‘Just Go With It’