Adele Masters Her Weight Problem – Did She Have One? 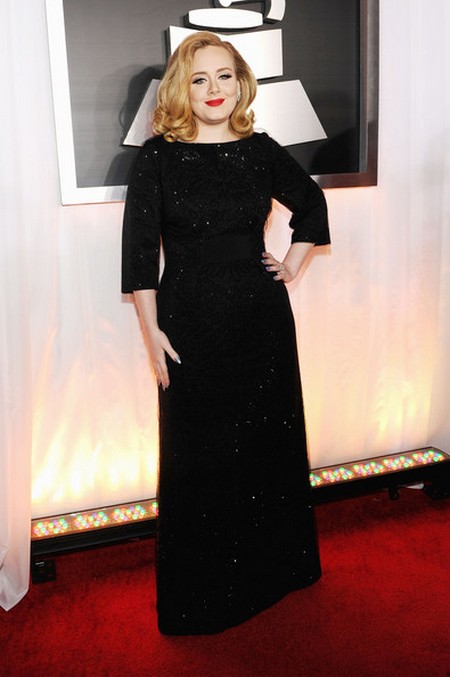 Adele is not fat and anyone who says she is just plain crazy – but still, the great singer has lost 14 pounds thanks to a vegetarian diet. The ‘Someone Like You’ singer and her boyfriend, Simon Konecki, have reportedly been on a health kick and replaced meat with jogging.
A source told the Daily Mirror:  “The weight is dropping off the pair of them and they plan to keep dieting until the end of April.”

It was previously reported that Adele caught the dieting bug after losing weight following surgery on her vocal chords. Having also quit smoking, an insider told The Sun newspaper Adele is keen to get herself in shape.

The source said:  “Adele has found so much more energy now she’s quit smoking. She really wants to get healthier, now that she’s half-way there. She had always been curious about taking up Pilates but until recently there just hadn’t been any time.”

Despite comments by Chanel creative director Karl Lagerfeld, who accused her of being a “little too fat”, Adele insists she would never lose weight for anyone but herself.

She told People magazine:  “I’ve never wanted to look like models on the cover of magazines. I represent the majority of women and I’m very proud of that.  I’d lose weight if I was an actress and had to play a role where you’re supposed to be 40lbs lighter, but weight has nothing to do with my career.”

“Even when I was signing [a contract], most of the industry knew if anyone ever dared say [lose weight] to me, they wouldn’t be working with me.”

Adele is great – she does not bow to the insane pressure placed on woman, and also on men, to adhere to body types that are considered fashionable. A big component of self-respect comes from not being a slave to popular standards. We love you Adele.