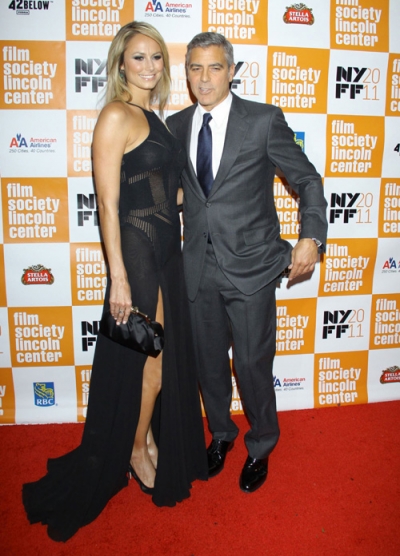 George Clooney and Stacy Keibler are almost finished as a couple and barely on speaking terms. A final breakup between them is imminent according to close friends who feel they won’t last until summer.

A close friend of Stacy’s reveals to GLOBE:  ‘It’s not been a good year for him so far, plus he’s extra irritable since cutting out booze in January, and in many ways he’s taken it out on Stacy.  The only time she gets to see him is when she’s “summoned” for a public appearance together.’

The pal continues:  “Stacy’s not happy about it at all. She’s restless, bored and feels her days are numbered anyway, so she’s being more petulant about the situation.  She’s clearly no longer top of George’s priority list.’

Stacey ordered by George not to be seen or heard at the Oscars and when George attended the White House state dinner on March 14th Stacy was left at home.

A close friend of George said:  ‘To make matters worse, George has heard Stacy wants to be the woman to get him to marry and have kids!  ‘George has no intention of getting married or having children.  He’s very strict on that.’

Are George and Stacy almost done?  Let us know what you think in the comment section below.